This is my team.

And this summer, under the banner of The Academy of Arts Summer Drama Teams, I had the privilege to travel south with them.

“A privilege?” Yes. A privilege. And please, let me expound.

I had the privilege to be a part of a team that was always joyful. Through the ups and the downs, they always contained a certain joy that could not, and can not, be explained by anything but the Gospel. And not only did they have a certain joy, but they shared a certain joy. It was mutual throughout, and it brought us together as a team in so many ways. It was indescribable, just as so many other things involving God are indescribable.

I had the privilege to be a part of a team that always cared. When a team member was feeling down or discouraged, they always asked, “How are you?”, “Is anything wrong?”, “Can I pray for you about anything”, or sometimes.. a simple, “Good morning!” was enough to imply all the cares that could be said. It was uplifting in such a way that even when they didn’t think they were being an encouragement, they were still an encouragement.

I had the privilege to be a part of a team that was creative. They decided to make a giant welcoming poster for a late-coming team member. They decided to play soccer on the sea shore with the team names, “Mongolia” and, “Zambia” (due to the fact that we had a team member from Mongolia and a team member from Zambia). They strapped a large fan to the ceiling of our van to make up for the absence of air conditioning. They moved our back row van seats back three feet into the trunk space to make more room to be sprawled out over, on our 7 hour drives (genius.. truly genius). They managed to pull off some legit performances with very small stage space while making all their movements look purposeful (it was really a matter of being stuck in a certain place on stage and standing there as if that’s how it was supposed to be). And they decided to share testimonies beside a waterfall (shout out to our team leaders’ creativity; very nice).

I had the privilege to be a part of a team that grew spiritually. Although it wasn’t necessarily until the final testimonies that the grand scheme of things was revealed and explained, my mind was blown by where my teammates were, to how far they have come now. Lives were truly changed, and I am unspeakably grateful that the Lord allowed me a front row seat to watch His mighty works among my teammates.

But most importantly, I had the privilege to be a part of a team that traveled from Church to Church with a drama called, “O Wondrous Love.” The play contrasted what the world views as love, and what God views as love. It took on the huge attack from the world that says, “Christians?! How can they say that their God is love if they’re not love? How can they say they their God freely gave if they’re not freely giving? Why would we want to hear what they have to say if their talk is different from their walk? If they would give us visible evidence, and then would hear them out.” The drama explained that true Christianity reveals Christ’s love and joy. It included incredible stories of men and women who have gone before us and freely given up everything, expecting nothing in return; stories that included laying down one’s life when escape is in the palm of his or her hand.

That is love. Making the conscious choice to put another before one’s self. “Love suffereth long and is kind. Love vaunteth not itself, is not puffed up, does not behave itself unseemly, seeketh not her own, is not easily provoked. Love rejoiceth not in iniquity, but rejoiceth in the truth, beareth all things, believeth all things, hopeth all things.”

And it is my privilege to say,

Well.. that, my friend, is a privilege.

Last summer, I traveled with the Academy of Arts.
This summer, I will be traveling again.
I am extremely excited, but for now, that will go unsaid.
This is serious:

Last summer, I grew in the Lord and had a great time!
Talk to anyone from El Teamo Easto.
They will corroborate that statement.
But something went wrong.

I developed a dependency upon my team:
A real dependency.
An unhealthy dependency.
The whole summer I could say,

“Finally! Hearts for the Lord!”
“When I’m around them, I just feel so encouraged spiritually.”
“When I’m with them, I can be more spiritual.”
“They just love the Lord so much!”

And I got really attached to that.
Too attached.
I stood on a rug,
And when I got home, that rug was swiped from under my feet.

Now, no matter how I spun the situation,
The rug was still going to get swiped from under me,
But the problem was this:
I did not know how to stand on my own.

I blew up.
I could only be self-sustaining for so long.
So I fell over
And nose-dived into the worst spiritual low of my life.

But let me take the statement,
“I did not know how to stand on my own,”
And throw it in the mud.
This was not, is not, and never will be about standing on my own, but about standing in Christ.

I nose-dived into the worst spiritual low in my life because of this:
I was dependent upon man for my relationship with the God and not God Himself. (Therefore, when man was taken away, so was what I considered my “Relationship with God”)
BUT! If I am dependent upon no one but God,
Christ is all-sufficient to fulfill me and sustain me in any and every way possible.

(None of what was said was or is meant to undermine or degrade the believers’s dependency upon the Church and fellow believers (tomatoes and tomotoes, right?), but as the Church being the body of Christ, Christ works in and through His Church to accomplish His will)

So to sum up this whole post, I would like to say a word to my fellow Academy of Arts members who will be traveling this summer:

But if you are willing to take your stand upon the Solid Rock when no one else will,
It will make it all the more beautiful when others stand beside you.

All of that being said..

The Lord has been hammering me into something new these past few weeks. I’ll talk about the Lord’s hammering more as time goes on, but for now the biggest thing has been the topic of prayer. 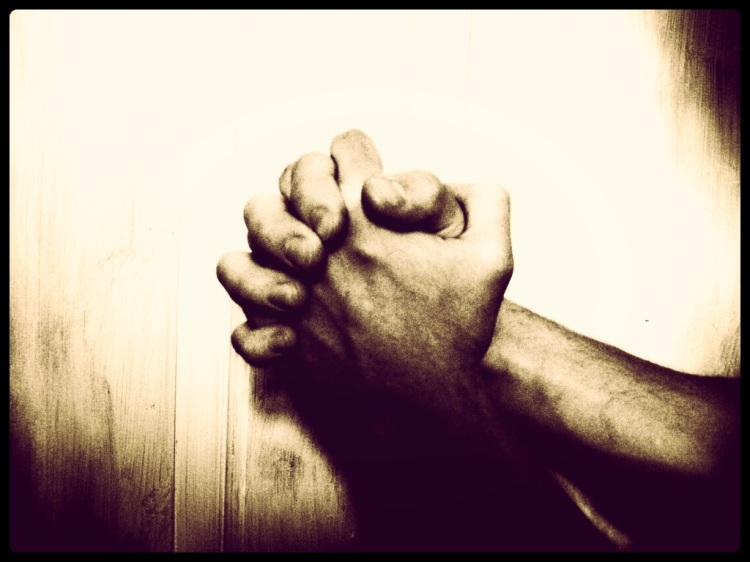 The Lord has been teaching me to be dependent on prayer in even the smallest of moments. If a small sin comes up, all I have to do is ask the Lord to forgive me of the sin.. and boom! The sin is gone!

And no kidding.. IT’S GONE! Just like that! How awesome is that to be instantly freed from sin when you just ask?!